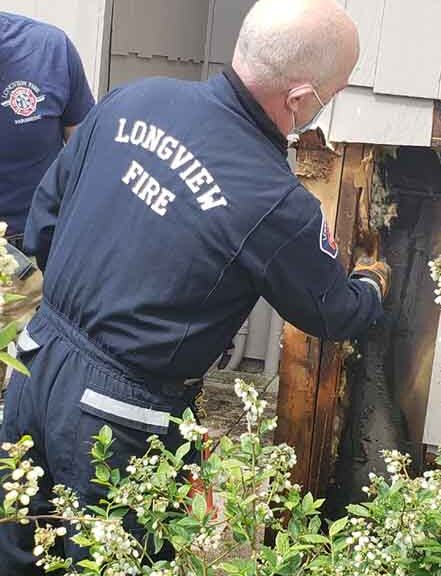 It could have been worse. Much worse.

Instead, my remarkable recovery from abdominal surgery – repair of a distended hernia – and an occupational therapy professor’s oversight probably saved my life.

Let’s review the past 15 days. On April 21, I underwent the uncertainty of surgery, the expectation of an invasive operation, with surgeon John M. Roberts in charge. The threat of complications was on the table, requiring overnight medical observation in Kaiser Permanente’s Sunnyside Medical Center.

The preparation was easy, though – full of promise. No awful goop to drink in advance. The only requirement: nothing to eat or drink for eight hours preceding my date with a scalpel at 5:30 am. Once I was cleared to go upstairs and an IV administered in a surgical pre-op room, I felt reassured, especially after my surgeon arrived bright-eyed and bushy-tailed, full of vim and vigor.

I looked around at my surroundings. I counted at least 30 pre-op rooms like mine, all in use simultaneously, turning this section of Sunnyside into a virtual factory. Welcome to Advanced Medical Care in a Time of Covid-19.

Anesthesia was applied so precipitously that I never got a chance to count down from 100. And four hours later, I was awakened by the anesthesia team with great news. The mesh that now held my hernia’s unsightly distension was inserted laparoscopically during a marathon procedure. Because surgery was mostly non-invasive, recovery promised to be a snap.

And it was. I received a modest supply of oxycodone from the hospital’s pharmacy (after responding to four separate text notices the prescribed pain pills were ready for pickup). I took two of the tablets at six-hour intervals in the hospital, and one pill a day later. Otherwise, I avoided them completely, having been pre-warned about its constipating side effect. Furthermore, I don’t like the blurry aftereffect when the pills kick in.

Once Kaiser released me, I was on the mend. Two days later, I walked briskly for a half-mile under the care of my cousin Margaret and her cairn (a breed of dog) around a tony Tigard, Oregon neighborhood. I was recovering rapidly. No sweat!

Three days later, John White, former occupational therapy professor at Pacific University, transported me 50 miles to my Longview, Wash. townhouse. The good professor brought a sleeping bag on which to stay overnight, along with his trademark guitar, and we enjoyed a smashing good time watching the 2012 Oscar-nominated movie, “Beasts of the Southern Wild.” The next morning, after White fried up two eggs, a sizable portion of hash browns (and spicy pork sausage for me), we journeyed to Lake Sacajawea to traipse along the park’s tree-lined gravel paths.

Three hours later and two miles under my belt, with my body feeling fit as a Southern fiddle, White pronounced me in perfect condition and we drove back from the park. Upon entering my townhouse, I walked into a smoke-filled maze, looking around to find the cause of the smoke, and discovered the outside southeast corner of my apartment was smoldering.

My next-door neighbor, Ned Rauth, immediately appeared, admitting culpability by using a hand-held blowtorch to kill weeds adjacent to my apartment. Hmmm, stupid is as stupid does, but why did he ensconce himself inside his apartment to watch TV and fail to extinguish the fire?

He tried using a garden hose, but why was it still smoldering, emitting toxic smoke throughout my apartment? Why did he leave the scene of the fire? Had he called the fire department? Or was he just avoiding the aftermath of what he had done?

No matter; I called the fire department. Within 10 minutes, an engine company showed up to put out the smoldering mess, stabilizing my living quarters and the contents therein.

What if Professor White had not accompanied me? What would have happened if my rehabilitation proved to be troublesome, and I went to sleep inside my apartment instead of walking around the park?

The fire department determined my hard-wired smoke detector wasn’t working. Knowing that smoke inhalation is the No. 1 killer from a house fire, I readily admit I am lucky!

But let’s imagine I waited a day to return home. Yes, I would have survived, but all my personal records, data, pictures and memorabilia would have gone up in smoke. So much for the book!

As far as recovery is concerned, ServPro is on hand to clean my clothes, possessions – as well as everything my late wife, Alice, used to appoint and decorate our dwelling. Most everything of sentimental value looks to be recoverable.

Industrial-strength fans have been in force since April 27, constantly scrubbing the air inside, but at night it’s cold inside (upper 40s to low 50s) since all the windows must remain open. I’ve learned to close off one room – my office – and put on the heat to temporarily avoid the outside chill. Looking ahead, only some of my three-year-old plush carpet may require replacement, especially the living room, but I suspect (hopefully) my furniture and electronics will remain undisturbed.

Until the recovery is complete, I spend nights inside a Quality Inn room, and may stay there as long as four more weeks.

So am I complaining? Nah!

That’s all the belly-aching I can withstand. I could feel sorry for myself, but what would that accomplish? No sir. It’s back to work on Chapter 10, “Square Grouper,” because that’s the next integral part of my true-life love story, She Danced on Bandstand.