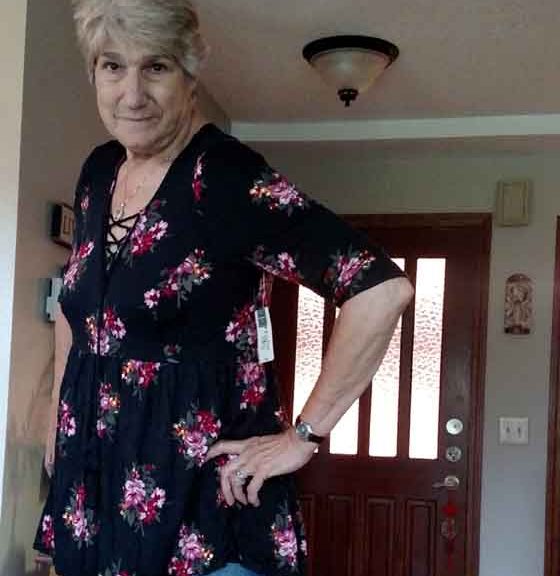 After beginning childcare duties on May 15th with the YMCA of Southwest Washington in Longview, Alice McCormick received the following email from the facility’s executive director on June 7th:

The Y’s Rainbow Corner “has some concerns about your communication skills with kids and parents [emphasis added]. Because you are still in the 90-day probationary period, she [the Rainbow Corner’s director] is letting you go because she does not feel like this is a good fit for our members.”

Alice never returned an invitation to speak further to the Y about its decision, so I pressed Alice to forward me the terse communiqué.  Once she did so (after two months), I wrote directly to the Y’s executive director who in turn refused comment to me, her life partner, or to anyone other than Alice.

My wife, Alice, can hold a conversation, but lacks the verbal pathways to do so eloquently, which self-explains her recalcitrance to hold a formal conversation with Longview’s YMCA about such an important matter without my participation.  Therefore, no further communication is anticipated between us and, accordingly, I spoke with Alice to relate her impressions, and here are some of them.

The childcare room in Longview’s YMCA was touted as a “Rainbow Corner,” but painted only with a stark white color.  No accompanying artwork, such as that appearing in Doylestown, PA.’s YMCA (where Alice once worked), is part of the color scheme.  Half of the children’s toys were, in some way, in a state of disrepair.

The Rainbow Corner’s director expected Alice to continually consort with a mentally challenged co-worker, whom the Y was proactive enough to hire.  However, the assignment convinced Alice that her speech aphasia was considered by her superiors as another form of mental incompetence.  Not one person volunteered to be Alice’s trainer or a confidante.

I could go on, but Alice and I have no plans to be mean-spirited.  But something happened here, and we won’t be silent about it.

Alice excelled in the field of special education and served as a substitute teacher for four years in the Philadelphia School District, no mean feat.  She is an elder, an experienced parent who nurtured five children and one grandchild through childhood, teenage angst and later development.  These skills remain intact.

Alice’s speech suffered significantly after her stroke in March 2015, and she found out what anyone here who does not speak American English fluently innately knows: She has become a second-class citizen.  As I once quoted Hungarian film star Paul Javor in my book, Gulag to Rhapsody: A Survivor’s Story, “The less English you know, the more likely it is that people will spit on you.”

Alice deserved better than what the Y’s mission here exudes.  Working with infants and toddlers provided Alice an opportunity to offer attentive caring, a safe atmosphere and love.  This mission doesn’t require her to speak much.  When wide-eyed children look up at her (because Alice is considerably taller than her peers), they feel love.

The Aphasia Network is our advocate

People with aphasia are not mentally deranged or incompetent.  This is plain wrong.  The pathways through her brain were interrupted by a stroke and must be rebuilt through years of therapy and practice so she can feel confident to communicate as well as the rest of us.  Alice manages me, and I’m not easy.

Two weeks ago, I broke this sad news to over 100 stroke survivors, care partners, occupational and speech therapy students and instructors at our Aphasia Adventure Weekend on the Coast.  Now I share it with the readers of this blog.

Today, Alice freelances by occasionally cleaning people’s apartments.  She only works for those who treat her (and me) the same way.  Unfortunately, Longview’s YMCA does not meet Alice’s standards.  The neighbors in our condo association do.

We remain hopeful that an aphasia awareness campaign will open new doors for people who suffer the debilitating effects of a stroke.  For survivors and their care partners, more education and interaction with the outside world needs to be done.

As much as I expressed love for Alice when entering our civil ceremony seven years ago, I love her in a deeper way now.  All her struggles inspire me to match her courage.  Every little thing she does for me behind the scenes gives me an air of organization.  Alice’s dedication to my wellbeing is akin to the Portland (Oregon)-based Aphasia Network’s ever-expanding programs.

Yes, we are exceedingly grateful, and our gratitude is only matched by the unmitigated embrace of support offered by our delightful extended family.