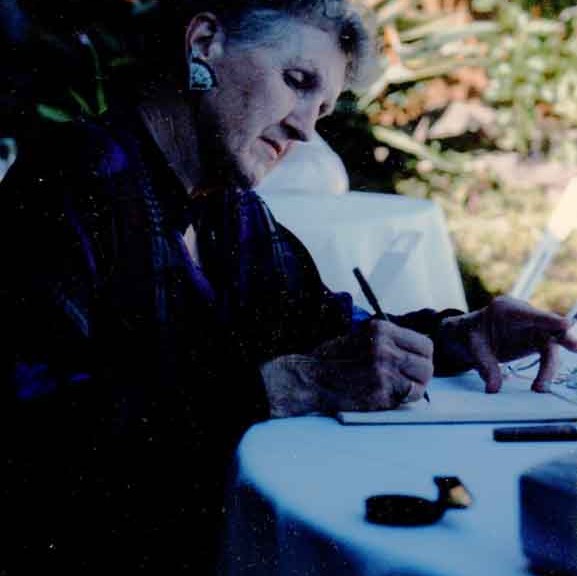 Born Sept. 28, 1920, Thelma Johnston Loika Englert Reifel was an independent woman before it was popular for a woman to be such.  Born and raised in the Presbyterian church by a family of farmers, preachers, teachers and missionaries, she was the most adventuresome of five children born to Mason and Grace Johnston of Iredell County, North Carolina.

Music, education and curiosity of the world dominated Thelma’s life.  She started college at 16, earned her BA in journalism at Chapel Hill, N.C., her MA in English and education at Appalachian State University and her PhD. in education at the University of Miami.  She also studied at the Pacific School of Religion at Berkeley taking classes in sacred music, organ, hymn playing and choral directing.

Barely out of her teens, she left the farm and struck out on her own for New York City. While working for the Western Electric Defense Plant in NYC, she met and married Virgil Loika, a professional trombonist, conductor and music arranger.  With her husband playing with the big bands, Thelma met many of the big music entertainers of the 1940s.

She lived to see the two grandchildren, four great-grandchildren and two great-great-grandchildren who survive her.  She outlived her three husbands and fulfilled her desire to see the world.  She visited South America, South Africa, London, Paris, Amsterdam, Italy, India, Bangkok and Japan and walked under the stars on the Great Wall of China.  Her childhood curiosity of the world had been satisfied.

A great influence, was she, on her many students and those who knew her.  Their lives were changed for the better because of her influence.  But even more than that, she was a good mother.

Part 1 of Virgil’s Story© is now published at masonloika.com under the section Family Album.  Here’s a link.  Other parts follow in order, successively linked at each part’s end.