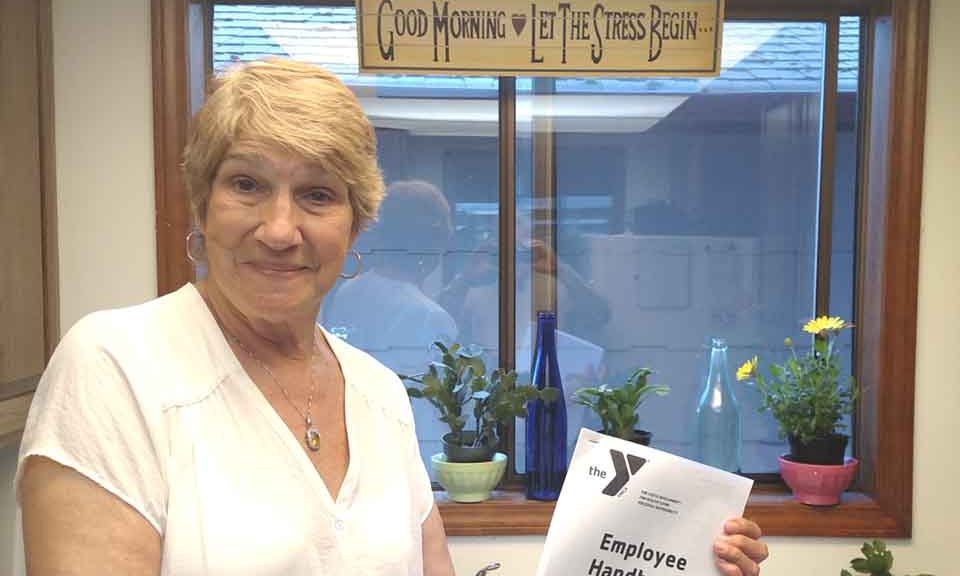 Two weeks ago, Alice and I visited the Longview YMCA to tour its facilities.  I have put on 20 pounds since my bladder operation, and we both could use some shaping up.  Our guide turned out to be the Y’s executive director who took a keen interest in Alice’s renewed ambition to care for infants and toddlers.

The director handed Alice an application, and the two of us put together a multi-page submission, hand-delivering it on May 2.  Two days later, as we prepared for a weekend with our extended family at the Aphasia Network’s Couples Retreat on the Oregon Coast, Alice received a call back from the Y.

Alice was offered a job!

We shared the good news with over 60 student counselors and staff, as well as other aphasia-recovering couples that night, and the people went wild.  After three years of wondering whether she could adequately function as the professional she expects from herself (Alice’s stroke was March 12, 2015), here was the promise of a new beginning.

Back from the Coast

After our return last Sunday, Alice returned to the Y for a late-afternoon confirming interview.  Two days later, Alice underwent training, and guess what?

Her first day at work is Tuesday morning.

The initial assignment calls for Alice to work one day a week.  If Alice is able to progress at the Y, will I finally feel confident to take a break from driving for Uber and lately Lyft?  Will I finally knuckle down and begin to write the book I’ve been bragging about?

At this point, it’s one step at a time.  Four years ago, we moved to the Northwest to fulfill our manifest destiny.  Now Alice is 74, I’m 75, and we’re settled in a beautiful condo apartment where we can jump-start our talents.

So here we go!