A Writer and Author 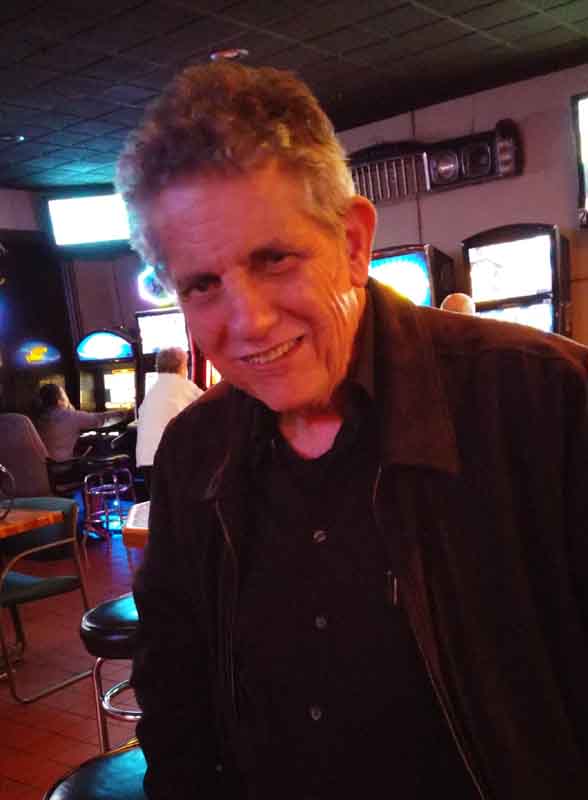 When I was a child of 11 years old, I was treated to an awesome education. I attended the American Boychoir School in Princeton, NJ on scholarship, participated in a piano recital at Carnegie Hall Annex, and spent summers on Miami Beach where I got as tan as a berry.

My father, Virgil, played trombone and wrote arrangements for big bands, including both Dorsey Brothers. After I left the Boychoir School and returned home to Miami, my dad took me backstage at Dade County Auditorium to play the same Mozart sonata I performed in the Big Apple for a select audience of one: Louis Armstrong.

Satchmo had just finished playing a two-hour-plus gig beforehand. After about 15 seconds, he commanded me to stop playing, and my heart sank. Then he called his manager over. “I don’t want to be interrupted for the next 20 minutes,” Armstrong said. His words had barely sunk in before he commanded, “Okay, start over.”

For all three movements of the Mozart masterpiece, Louis gave me his undivided attention while wiping his brow with the trademark white hand-towel he carries onstage. Once I finished, he told me what a good job I did. That memory has lasted my entire lifetime, because through the generosity Satchmo showed me that evening, I became devoted to the music scene and never strayed far from it.

My mother, Thelma, was a gifted English teacher who collected a daunting library of literature and fostered my education, along with my two younger brothers. Mom knew about the treacherous paths of competent musicians and writers, so she urged me to study math and/or chemistry, ideal subjects for the left side of the brain to pursue.

Nonetheless, the influences of father and mother fused together while I ran a gauntlet around boyhood mischief. My hippie years (1968-72) were spent writing poetry while I put myself through broadcasting school in Los Angeles. I kept a roof over my head and food on the table by driving a taxicab in Hollywood, living large the lyrics of Harry Chapin’s song, “Taxi.” I drove several Hollywood and rock stars during those days, including Martha Raye, Broderick Crawford and, omigod, Jim Morrison’s girlfriend.

I moved into a Hollywood apartment at 7047 Franklin Ave., between Highland and LaBrea, immediately discovering that rock legend Janis Joplin had overdosed down the hall two weeks earlier. I became friends with Alex Kazenegras, a master engineer who worked on Janis’ posthumous album, “Pearl,” at Columbia Records; and sold cutlery and dishware to tough guys in union halls and women who worked in Hollywood’s infamous massage parlors.

I worked a once-a-week-on-Friday, 3-7 pm deejay stint at the successor to radio station KPOT, “where you’re always one hit away from another hit away,” in an apartment building near Santa Monica. After returning home to Miami in 1972, I spent five years toiling away for PR Newswire until I was recruited to come aboard the Miami News in 1978.

My first writing gig for the mass-circulation afternoon paper covered the gamut of entertainment – radio, television, movies and music — and I was bequeathed a readership of several hundred thousand people! The proverbial rose bloomed, until the News was shut down by a sweetheart arrangement with the Miami Herald Publishing Company. I eventually wrote for The Miami Herald and a skeptical editor in 1986, but the creative vibes were not the same.

Looking back at my career, I have written one book, but only one, Gulag to Rhapsody: A Survivor’s Journey, a narrative nonfiction story about the late Paul Tarko. The hardcover book, published in 2002, was critically praised but limited to a niche market. For 11 years, I lived in Doylestown, Pa., former home to acclaimed author James Michener, where I wrote articles for the Bucks County Herald and drove VIPs into the Big Apple for several limousine companies.

My true love over the years has always been music, and there’s little reason to think that will ever change. That’s why I occasionally write about musicians, because of the inspiration they occasionally introduce to my fertile imagination.

What you see on this website would not be possible without the loving assistance and patience of my partner, Alice McCormick, whose sensibilities mirror my own. Alice’s vision, photographs and editorial judgment are responsible for much of what you see and what you don’t. I credit her for giving me the confidence to begin this venture and the persistence to refresh it regularly.

As the fall equinox befell North America in 2014, Alice and I relocated from Pennsylvania to Hillsboro, Oregon, in an adventure chronicled on this site.  I now write about our life in Oregon, Alice’s aphasia, our cat Millie, threats to the local environment and whatever else puts a smile of satisfaction on readers’ faces.

3 thoughts on “About Me”