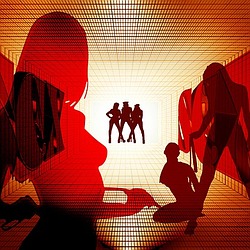 At a recent choir rehearsal, I heard an admonition – which was instituted as a ban – regarding sexually suggestive appearance.

To honor the ridiculousness of that moment, I shall seize the opportunity and continue writing about sex.

I have another good reason to do so, too.  But let me start with a topical segue:

A couple of years ago, I asked people I just met, or regarded as desirable, the following question, and prefaced it by saying it was personal, “What’s the most erogenous zone of your body?”

Invariably, an alpha female would assert unashamedly, “Oh, I believe, it’s my clitoris.”  Or “vagina.”  Or a sweet lovely thing would coo, “the back of my neck.”

Plenty of mind-massage material, I admit, but eventually someone taught me there was only one right answer.  And I realized my informal poll had become, in reality, a riddle.  The reason why: There is only one correct response.

What a concept, yet it’s true.  Would you want someone else touching your sensitive body parts before your mind ran in that direction?  You’re not amenable to anyone who walks down the pike, right?

Experience teaches us who floats our boat – and who doesn’t.

As I said, I have two good reasons to continue talking about sex.

For one thing, a preacher started it, and I’m not going to let it drop.   What’s your opinion?  You can either email me privately or add a comment to be seen publicly.

In my memory banks are stored the free love I associated with the West Coast while going through my hippie years in Hollywood, California.  That was the era of rock music’s explosion and free-form rock radio – the late 1960s and early ’70s.