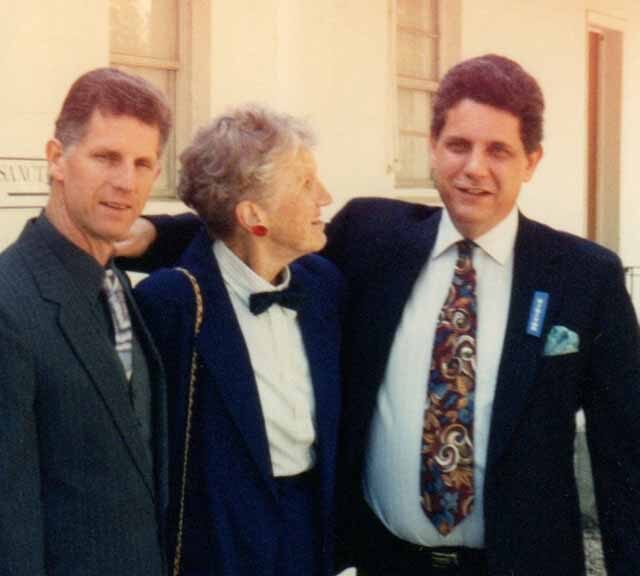 Last week my niece, Kessa, reminded me what family means by saying 13 simple words, “I love my dad – he’s the best I could have ever hoped for.”

Her unconditional love toward Chris revealed the same bond I felt toward my mother, Thelma. Mom wrote a remembrance about how she married a talented New York City big-band musician and started a family in South Florida on my website, called “Virgil’s Story.” How she single-handedly kept the family in one piece testifies to her ingenuity, persistence, warrior spirit and maternal love.

In 1969, brother Chris Loika Englert married a girl who lived two houses away – not quite the girl next door, but pretty damn close. I found his hand-written marriage invitation earlier this November, which was sent to my Los Angeles address as a birthday card. “I’m getting married April 4 (Friday). If you can, come on down and see another person led to his doom. If you have any doubts as to who – it’s MaryLou.”

Nine years later, I enthusiastically followed my brother’s lead. Instead of a neighbor, I married “a nice Jewish girl,” who carried the seed from at least 30 nights’ passionate lovemaking in a North Bay Harbor Island condominium above Biscayne Bay. When presented with the moral responsibility I faced, my expectant wife-to-be’s family proposed an instant marriage before a Justice of the Peace in Golden Beach, a quaint town north of North Miami Beach.

I didn’t reject the idea of responsibility; after our matter-of-fact ceremony, I soon awaited a doctor’s confirmation of her pregnancy and planned a celebration immediately thereafter. That’s when I encountered the ultimate betrayal. My wife underwent an on-demand abortion in the city’s ghetto side of town accompanied only by her mother.

While I sat at the foot of the stairs for two-and-a-half hours outside our Miami Shores apartment building, trying my best to keep a bottle of celebratory champagne chilled, I waited, and waited, and waited some more. Then in confusion, I went upstairs where a phone call from my bride’s mother an hour later revealed the awful truth.

That was the terrible price I paid when my newly discovered three-member family, who descended from Egypt, expected me to completely reject my mother’s influence. After I couldn’t awake from an expectant parent’s ultimate nightmare, I filed for divorce in two weeks, and the court approved our annulment nine months later.

Last week in the Covid-19 world of 2020, I spent the day after Thanksgiving with my cousin, Margaret, surrounded by socially distant well-wishers from our Johnston clan, and I was served ceremonial turkey, stuffing, mashed potatoes, gravy, green beans, rolls and two heaping portions of love.

While reflecting on my mother’s Southern roots, I wondered why it wasn’t acceptable to become attached to both families. Was it our two religions? I later married for a second time – a marriage that lasted 22 years – whereupon Wife #1 phoned one night seeking to have an affair while I was relatively happy. Was she serious? Did she expect a repeat performance?

What nerve! How awful! How painful!

This year, Thanksgiving 2020 was filled with lots of needless curiosity about my preschool years, which came to an abrupt end, thanks to my niece’s unabashed expression of a daughter’s love for her father. Somehow, I began reflecting on the innocence lost from my first passionate marriage and the child I never knew. Perhaps the grass is always greener on the other side of the fence, but I miss having a son’s and/or daughter’s affection.

Who knew tragedy could co-exist with a horn of plenty adorning a holiday table? What a dichotomy.