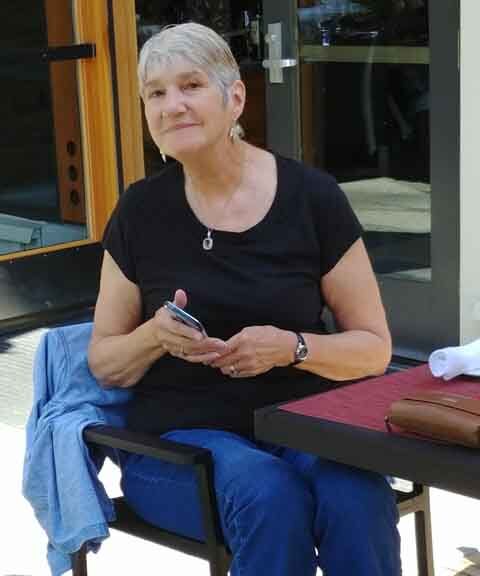 Alice Jane McCormick, 76, formerly of Doylestown and Philadelphia, Pennsylvania, suffered a massive heart attack and passed away Friday, March 27, 2020 in her recently acquired condominium home in Longview, Washington.  A private viewing prior to cremation is to be held Monday, March 30.

Mason Loika, 77, Alice’s domestic partner and co-conspirator in life, survives Ms. McCormick’s passing, along with a horde of students, nurses, organizers and teachers from the Aphasia Network who are devastated at her loss. Besides Mr. Loika, she is survived by sons Ed Goetz, 59, Park County, Colorado; and John Goetz, 54, Philadelphia, Pennsylvania; daughters Elaine Krasousky, 52, Philadelphia; and Linda Goetz, 48, Philadelphia; as well as six grandchildren.

One of those grandchildren, Shelby Krasousky, was raised by Ms. McCormick. Ms. Krasousky and her son (Ms. McCormick’s great grandson), Vinny, reside in Bucks County, Pennsylvania.

At a statuesque 6’3″ height, Ms. McCormick told me she made frequent after-school excursions to the ABC-TV Philadelphia studio to dance on the national broadcast of American Bandstand. Nevertheless, Ms. McCormick faced a bleak future after dropping out of John W. Hallahan Catholic Girls’ High School at the age of 15.

Ms. McCormick was born and raised in the Kensington section of Philadelphia, and gave birth to five children, rearing them in the beautiful Lawndale area. After 13 years of physical abuse, though, she fled her husband and divorced.

She eventually was awarded an associates’ degree from Camden Community College, Camden, New Jersey, and later worked with autistic children as a certified special education teacher.

Born March 6, 1944, Ms. McCormick met Mr. Loika on Sept. 24, 2010, and exactly one year later, they underwent a commitment ceremony led by an interfaith minister and a now-deceased Native American leader who guided them in an Apache prayer.

“May beauty surround you both in the journey ahead and through all the years. May happiness be your companion, and your days together be good and long upon the earth.”

Ms. McCormick survived a stroke in March 2015 after moving west with Mr. Loika to Oregon, and her speech was never the same. However, the two of them became part of the Aphasia Network, where she regained enough of her speech to proclaim her independent spirit and speak openly of her love to Mr. Loika.

Now she has begun her star journey, and Mr. Loika has promised to honor the request she asked of him the day before she passed over: to write.

Members of the Aphasia Network have begun a GoFundMe page to support me during the time ahead. To see their message and hopefully donate, follow this link Alice was amazing